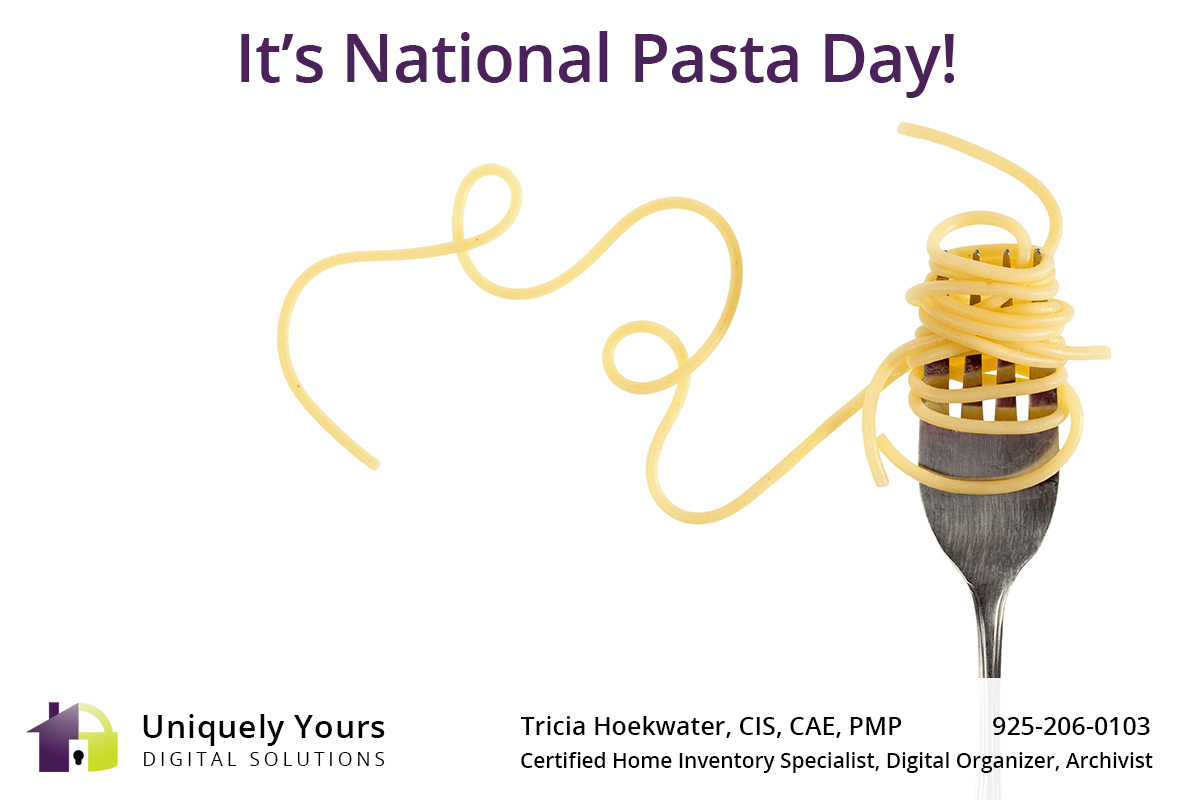 IT’S NATIONAL PASTA DAY! Pasta has a long, long history, and it did not originate in Italy. Pasta noodles are made from dough consisting of water, flour, and sometimes other spices and ingredients. Ancient cultures were making and cooking pasta noodles long before they were introduced to Italy and other parts of Europe. Marco Polo has been erroneously credited with bringing spaghetti and pastas to Europe. Historical records show Europeans cooking pasta well before Marco Polo began his travels. Historical records also show that Arab cultures were selling dried spaghetti-like noodles in open markets in the early 1200’s. The Chinese were the first to make pasta, cooking pasta noodles as far back as 5,000 B.C.

Did You Know? Americans consume about 20 pounds of pasta per person per year. [SOURCE] ===

Take care of yourself…your family…and what you have! Get a home inventory today. Contact Tricia via phone at 925-206-0103 or by email uniquelyyours@outlook.com to schedule your inventory today.

Tricia Hoekwater © 2021 All Rights Reserved Accessibility Statement and Privacy Policy
We use cookies to analyze how this website is used so we can continue to make improvements. If you use this site, we will assume you are happy with our policy.OkNo