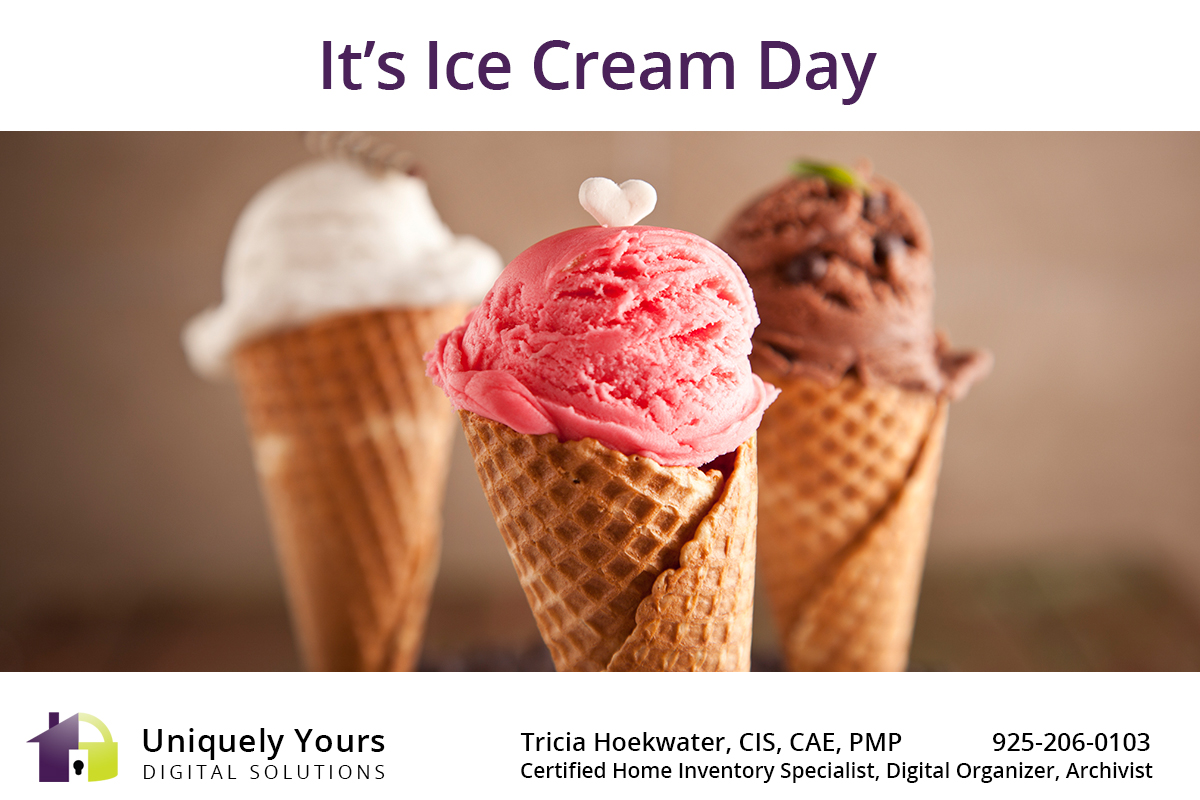 ICE CREAM DAY: Charles E. Minches of St. Louis, Missouri is credited with inventing the ice cream cone. On July 23, 1904 at the World’s Fair in St. Louis, he filled a pastry cone with two scoops of ice cream to make the first ice cream cone. There is some controversy over this claim. Italo Marchiony of New York City filed a patent for the ice cream cone months before the fair opened. And, he was selling lemon ice in cones as early as 1896. [SOURCE] ===

Catastrophe can happen in an instant. Take care of yourself…and those around you. You should also protect what you have! Get a home inventory today. Contact me via phone at 925-206-0103 or by email:  uniquelyyours@outlook.com to schedule your inventory today.