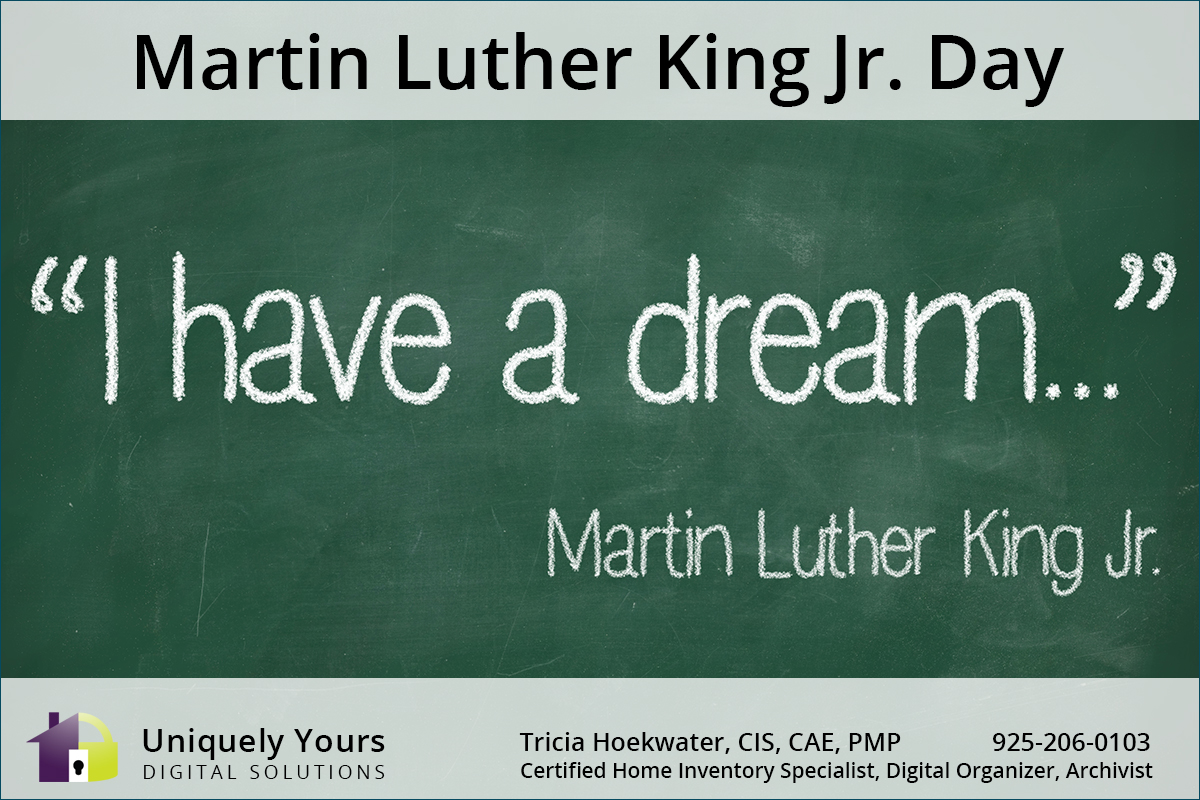 MARTIN LUTHER KING JR DAY: Martin Luther King, Jr. was a social activist and Baptist minister who played a key role in the American civil rights movement from the mid-1950s until his assassination in 1968. King sought equality and human rights for African Americans, the economically disadvantaged and all victims of injustice through peaceful protest. He was the driving force behind watershed events such as the Montgomery Bus Boycott and the 1963 March on Washington, which helped bring about such landmark legislation as the Civil Rights Act and the Voting Rights Act. King was awarded the Nobel Peace Prize in 1964 and is remembered each year on Martin Luther King, Jr. Day, a U.S. federal holiday since 1986. [SOURCE] ===

Catastrophe can happen in an instant. Take care of yourself…and those around you. You should also protect what you have! Get a home inventory today. Contact me via phone at 925-206-0103 or by email:  uniquelyyours@outlook.com to schedule your inventory today.